There are so many talented artists/musicians out there that whose talents are constantly overlooked. It is for this reason that I have decided to do a mini-series that features an array of artful individuals who lack the attention they so deserve.
Today’s artist is Tabi Bonney, full name: Tabiabue Bonney. Tabi Bonney is a West African artist who falls in the ‘Afro-Funk’ genre of music. His career began to take off, after creating quite a buzz in the Washington D.C area back in 2007. A very talented young man, Tabi Bonney has produced fresh singles such as ‘The Pocket’, ‘Nuthin But A Hero’, ‘Frontin’ and ‘Doin It’ featuring Raheem DeVaughn. Collaborations with Kidz In The Hall and Nicole Wray are also nicely tucked under Bonney’s ‘belt of achievements’. A knack for creative lyrical flow and a zesty persona combine to produce an insane delivery that is unmatched. Loaded with energy, culture, creativity, and raw talent his music continues to break the mold of conventional sounds. It hardly stops there – Tabi Bonney also shows his versatility by producing and directing numerous music videos for popular artists like Wale and Raheem DeVaughn. 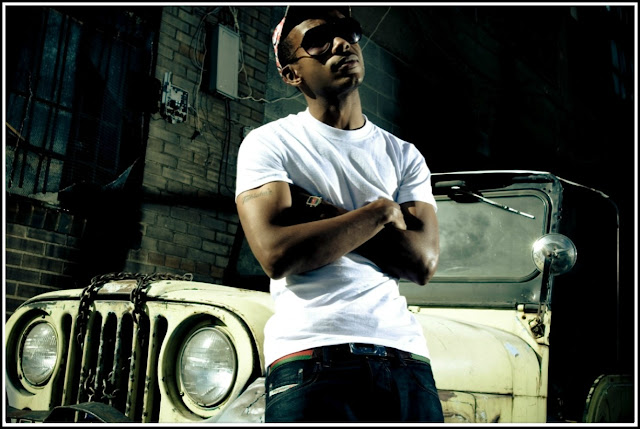 Not only is Tabi Bonney extremely talented in the music arena, he has also taken his super-creativity into the world of fashion. His individuality and raw energy has been harnessed to create his own clothing line duly labeled ‘Bonney Runway’. Funky hoodies and tees are the focal point of this limited and exclusive brand. Vibrant colours, basic shapes, and of course, various textures are incorporated into each limited edition design. Displaying phrases, words, along with Bonney Runway’s logo, Bonney’s design express his free spirit and the vision that is behind his amazing music. SIMPLE, YOUTHFUL, FUN, FRESH – these are only a few words that come to mind when I think of Bonney Runway. Love It!

(For more, check out Bonney Runway)

His music is refreshingly different and I really do appreciate his musical style. You guys should definitely show some support for good music and check him out! ‘Postcard from Abroad’, Tabi Bonney’s latest project can be downloaded free of charge at www.tabibonney.bandcamp.com. Follow him on twitter (Tweet Tabi Bonney ) and friend him on Facebook (Friend Tabi Bonney). I’ve also posted links to ‘Nuthin But A Hero’ and ‘Frontin’ music videos below; hope you guys enjoy!!!

Warning: json_decode() expects parameter 1 to be string, object given in /home/customer/www/alisharicki.com/public_html/wp-content/plugins/posts-social-shares-count/classes/share.count.php on line 56
0 Shares